Christmas lights have a long and storied history associated with the light bulb. Indeed, in the Yuletide season of 1880, just a year after he created the first practical incandescent light bulb, Thomas Edison strung the very first electric light strand outside his laboratory, and two years later he hung 80 different light bulbs around a Christmas tree.

Today, Christmas lights are an inseparable part of the year-end holidays. A 2013 survey from the U.S. Electrical Safety Foundation International showed that some two-thirds of Americans who decorate their homes for Christmas employed electric lights as part of their designs. 63% used at least one extension cord in connecting their lights, and most of them reported not often checking their extension cords.

It’s clear that Christmas lights are a big part of the decorating trends of the season, but they can also be a big contributor to your increased electricity bill during the month, especially if you use incandescent lights. A house that is decorated with 265 feet of incandescent Christmas lights can consume almost 2000 watts, amounting to an addition to your bill of more than $50 every season you use them.

However, the classic bubble lights and retro C7 bulbs that consume so much power may be on their way out. In a 2015 survey by Christmas Lights, Etc., 57% of respondents indicated that they prefer Christmas lights made from LEDs, or light-emitting diodes, as compared to traditional incandescent. 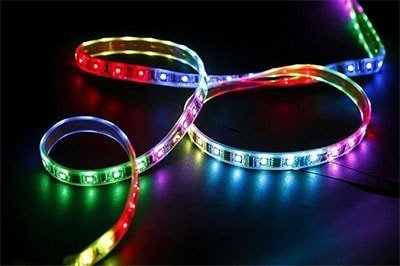 LEDs are a lighting technology that work through electroluminescence, a property of certain materials that cause them to emit light when an electric current is passed through them.

The mechanism behind LEDs was first discovered in 1907 by British electrical engineer H.J. Round, who was experimenting with early crystal radios when he discovered that light was emitted by silicon carbide crystals when a particular voltage was applied. No real progress was made in this technology until 1955, when Rubin Braunstein reported that certain diodes emitted light in the infrared spectrum when current is passed through them. The first LED to emit visible light was created in 1962, producing red light. From there, the technology snowballed and went from $200 per piece in 1968, to $0.05, in the 1970s, thanks to improvements in manufacturing processes.

LEDs are used in everything from the backlight of LCD TVs to flashlights, and have even penetrated indoor lighting, where they’ve begun to displace compact fluorescent lamps.

Today the LED industry is massive, and is predicted to rise up to $30.5 billion in 2016. They’re used in everything from the backlight of LCD TVs to flashlights, and have even penetrated indoor lighting, where they’ve begun to displace compact fluorescent lamps. The White House Christmas tree is illuminated by LED lights, as well as New York City’s Rockefeller Center. Even city streets are getting intelligent LED lighting, with streetlights equipped with a variety of sensors that can gather data for crime prevention, traffic monitoring, and much more.

Let’s take a look at what’s going on with LEDs that suddenly make them so widespread in Christmas lighting these days. We break things down into 5 reasons that can explain why they’re a better choice than incandescent, not only in decorative lighting but in many other applications as well.

Let’s get the immediate question of power consumption out of the way: LEDs can use at least 75% less energy than equivalent incandescent bulbs. A $2.74 bill for lighting a Christmas tree for an entire season with tiny incandescents is showed up by a similarly-lit LED Christmas tree that would only run up to $0.82. Scale that up to a complete Christmas lighting set and you can rack up hundreds of dollars of savings over the years.

One direct result of LEDs consuming 75% less power is a natural reduction in heat output compared to other lighting technologies. Larger incandescent bulbs used in Christmas decorations can actually get hot enough to burn skin, whereas LED Christmas lights stay relatively cool to the touch even after prolonged periods of use. This makes LED lights much safer to handle than incandescent Christmas lights, as they can be touched regardless of how long they’ve been on.

More critically, LED bulbs being cooler also means that they are less of a fire hazard. While this is a relatively infrequent occurrence, the heat output of larger incandescent bulbs can build up to the point that combustion of a Christmas tree’s branches is actually possible. Decorative LED lights don’t get anywhere near hot enough for this to occur.

Incandescent light bulbs are composed of a thin tungsten filament through which electrical current is run, and an evacuated glass bulb. These two fragile components contribute to the overall fragility of incandescent lights – even a light impact can destroy the glass enclosure, while a sudden shock or heavy vibration can break the filament. Christmas light enthusiasts will understand the struggle of accidentally breaking tiny incandescent bulbs while setting them up against a wall or stringing them up, and even in storage they are at risk of being broken just by being moved around.

LED bulbs on the other hand are encased in epoxy resin that doesn’t shatter as easily as glass does, and the LED assembly itself is a relatively sturdy solid-state semiconductor. This composition makes LEDs less prone to breakage, more resistant to the effects of jarring motion and vibration, and overall more durable.

In addition to this, LEDs are not susceptible to extremely cold temperatures, and will function just as well in them as at room temperature, making them optimal for outdoor display especially during winter.

Even disregarding material durability, LEDs simply have a vastly longer usable lifespan than incandescent bulbs – as much as 25 times longer, in fact. The average incandescent lifespan will be usable for approximately 1,000 hours before burning out. Meanwhile, LEDs can last as long as 25,000 hours, at which point their brightness will be diminished by 70%. You can expect a string of LED Christmas lights to last up to 40 holiday seasons.

LED lights in general are more expensive than incandescents, and therefore have a higher initial cost. However, this investment is offset over time by a greatly reduced need to replace your lights, as bulbs will quickly burn out and need to be replaced, while LEDs will continue to shine.

5. LEDs can be installed more easily

Household electrical outlets come with amperage limits that represent the maximum amount of current that can be run through them. For most outlets, this is 15 to 20 amps, and you should only use 80% of this rated capacity for prolonged periods of time in order to avoid engaging your circuit breaker. Of course, you can’t bypass this with a power strip, as the importance is in how much total power draw is occurring at the socket.

As strings of incandescent Christmas lights can accumulate a very large power draw, fully decorating a home may require as many as 6 outlets in order to accommodate the necessary lighting. With LED lighting and its vastly reduced power requirement, this isn’t the case – you can daisy-chain as many as 25 strings of LED Christmas lights onto a single socket, making it much easier to setup. 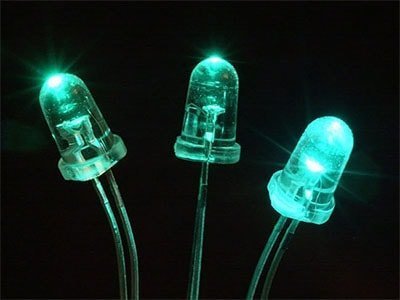 With LEDs on the rise, it’s essential that they be held to strict standards for international regulation and testing.

One of the top concerns with LED lighting relates to photobiology, a field of inquiry that researches the interaction of visible light with living things. The European IEC-62471 standard was created in 2006 in response to the growth of LED light and their uniquely associated hazard of blue light. Extended exposure to the high-intensity blue light produced by LEDs can strain and even damage retinas, cause cataracts, and create localized burning on the eyes.

In addition to these, there are documented effects on people who are constantly exposed to blue light especially at night-time. Blue light exposure at night has been shown to suppress melatonin levels and in turn affected circadian rhythms, which can lead to insomnia, fatigue, and potentially elevated risks of diabetes and cancer.

IEC-62471 is intended to unify testing procedures for white-light lighting products that illuminate spaces. The standard mandates testing for all products that fit this description. This is an ideal response to a newly widespread technology whose long-term effects on the human body are yet to be reliably observed.

LEDs are more durable, more efficient, safer, and cheaper in the long run than any current lighting technology.

LEDs are more durable, more efficient, safer, and cheaper in the long run than any current lighting technology. This applies not only to the decorative fairy lights that will deck your halls during this season, but also the lights that shine all year round. Today they are cheaper and more accessible than ever, and represent a changeover from one established traditional technology to another in a transition that’s faster than most people can even replace their bulbs.

Despite their obvious advantages, they’re not completely without their potential negative effects, with the hazards of blue light the biggest concern. This is why their production is highly regulated by international standards, keeping them safe for long-term use, so you don’t have to worry about decorating your home with LEDs for the holidays, or even lighting your home with them throughout the rest of the year.

The widespread adoption of LEDs paves the way forward to a brighter future, and what better way to symbolize this brighter future than to illuminate your homes with them in a festive spirit?