When it comes to trade partnerships, Turkey has a definite favourite. – Despite the Free Trade Agreements the nation has signed with Israel, Chile, Jordan, and Albania (amongst others), the EU is by far Turkey’s number one import and export partner, making up 44.5% of the country’s main export market. 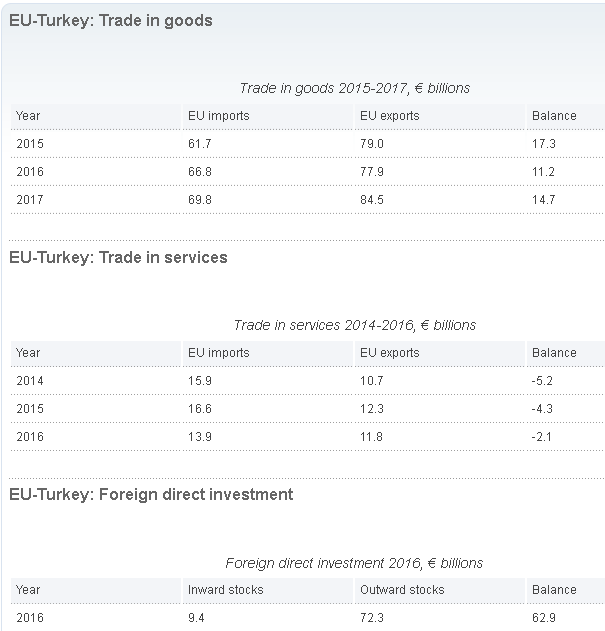 Turkey is currently the EU’s fifth largest provider of imports, focusing mostly on machinery, transport equipment, and manufactured goods such as apparel and toys. So what makes Turkey’s manufacturing industry so attractive to European companies?

Before we discuss the reasons behind Turkey’s manufacturing development and its popularity as a sourcing destination, let’s examine some of the key industries that play a major part in the nation’s economy:

Figures from the Turkish Ministry of Economy shows that the country’s economy is heavily dependent on the fashion industry. In 2015, textiles and apparel accounted for the greatest share (18.5%) of total goods exported from Turkey. Despite exports taking a dip in 2017, the Turkish Clothing Manufacturers’ Association is aiming to finish 2017 with an export goal of US$17 billion. 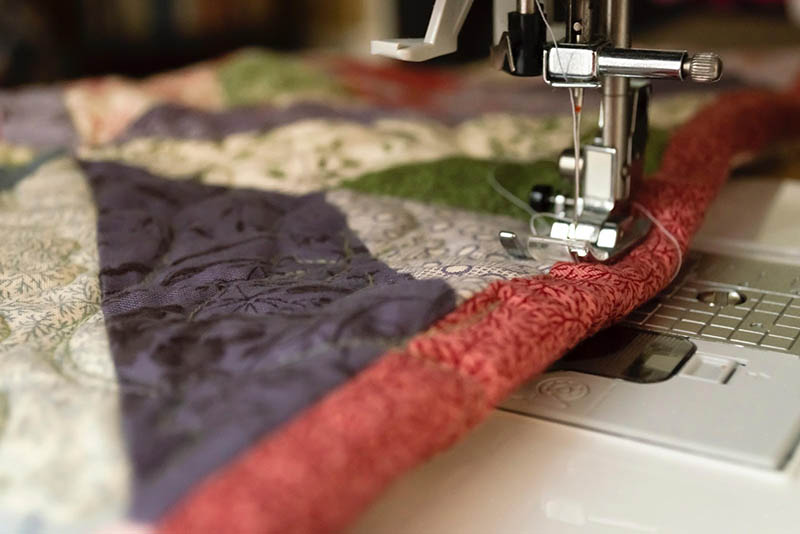 In the early 2000s, Turkey saw a move away from the export of raw foodstuffs to the production of processed food products, with the manufactured F&B industry tripling in size. In 2010, it was valued at US$6.7 billion.

Turkey is also a key regional hub for the assembly of automobiles, with popular European carmakers such as Renault and Ford enjoying Turkey’s customs union with the EU, which grants the ability to export non-essential goods to Europe without customs restrictions. In September 2017, Turkish automotive production had grown by 13% year-on-year, with a total of 1.22 million vehicles produced in the first nine months of 2017.

The toy industry is another major player in Turkey’s economy, and according to the Turkish Institute of Statistics, it has grown 20 times in the last five years, with a market share of approx US$1 billion.

What makes Turkey such a prime sourcing destination for European businesses? The answer to that question covers many factors, but arguably, chief amongst them is faster delivery times when compared to counterparts in the Far East.

Asia typically cannot compete with Turkey’s proximity to Europe, which allows buyers to quickly make repeat orders on popular items within a given season (crucial for the fashion industry) – orders can be placed and samples received five to seven days later. Compared to this, it takes at least 41 days for samples from China to reach France by boat.

Speed to market is essential to Turkey’s competitiveness, especially as it competes with the Far East. “While Turkey has a higher level of production costs compared to typical Far East sourcing destinations, it does offer a favorable exchange rate,” says Stephen Taylor, senior manager at Kurt Salmon. “Overall, the higher production cost in Turkey compared with the Far East can be leveled out by the benefits of shorter timelines and faster reactivity to market developments.”

Turkey’s strategic location at the crossroads of Europe and Central Asia also offers a geographical advantage for teams wanting to fly in and do business on the same day. Producing goods in Turkey allows for regular factory or site visits at relatively little expense, which means retailers and buyers can be more hands-on with suppliers, and QC teams can make regular checks on production runs.

Furthermore, Turkey also happens to be a prime sourcing destination because it is a raw material powerhouse, supplying North Africa, Central Europe, and East Africa. Export of raw materials in Turkey is at a constant incline. In 2017, raw material sales grew 6% and reached US$5.1 billion. By the first quarter of 2018, that number rose to US$5.3 billion.

Turkish fabrics, textiles, trims, and supplies are currently in competition with China and India for the Central European markets. According to the World Integrated Trade Solution, in 2013, the top partner countries from which the European Union imported textiles and clothing included China, Turkey, Bangladesh, India, and Pakistan. China accounted for 37.64% of the trade value share, whereas Turkey accounted for 14.09% and India accounted for 7.09%.

Turkey takes advantage of the CMT (Cut, Make, Trim) production model to supply fabrics, trims, and accessories to factories in Morocco, Tunisia, and Central and Eastern Europe. As such, brands can book Turkish fabric for their CMT maker. For example, a brand can buy Turkish fabric and have it shipped to Bulgaria in order to make a lady’s shirt.

Well-developed integrated vertical supply chains – wherein organizations control a greater degree of the entire supply chain – are another reason for Turkey’s popularity with buyers, and the ultra-important apparel industry serves as a prime example. Turkish manufacturers are capable of creating a wide range of textiles and garment finishes, and because everything can be produced in one country, this eases logistics and sourcing concerns for retailers, as well as speeds up delivery times. – “You don’t need to import from other countries,” says Istanbul Apparel Exporters’ Association member Cem Altan. 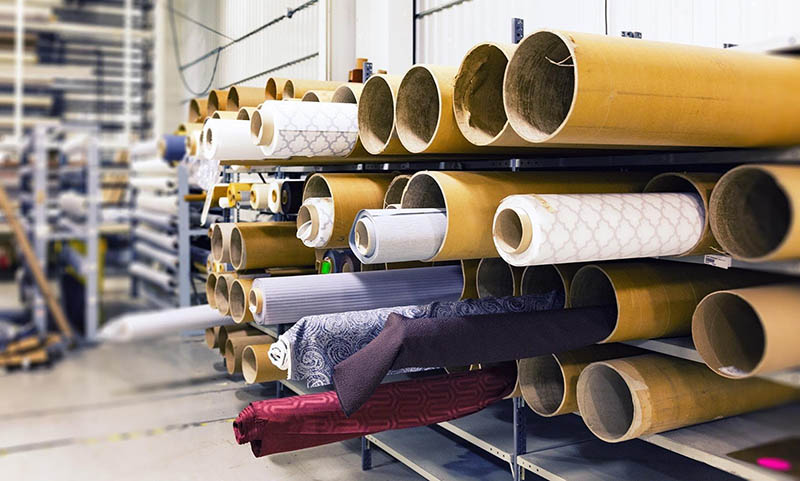 A key component of the country’s vertical supply chain capabilities is Turkey’s high-caliber workforce. According to the Organization for Economic Co-Operation and Development (OECD), Turkey’s labor force is approximately 30.5 million people, making it the 3rd largest labor market in Europe, following close behind Germany and the UK. Growth in university education has enabled Turkey to transform its young population into a skilled workforce:

This last point is of particular note, with the IMD World Competitiveness Executive Opinion Survey scoring Turkey 6.86 out of 10 for ‘Qualified Engineers’ – beating traditional engineering powerhouse, Germany, with a score of 6.58. 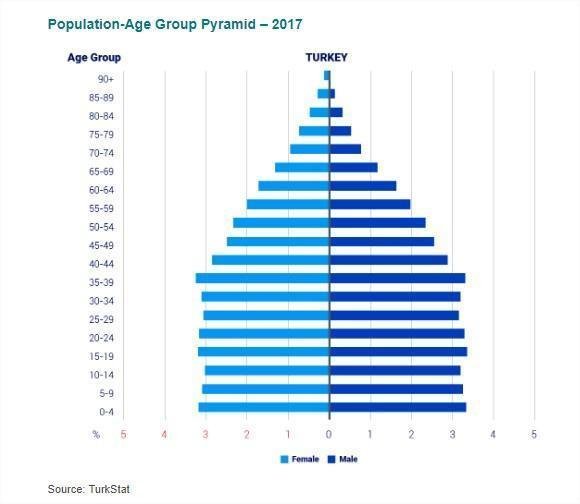 Looking to the Future

For Turkey to continue developing its manufacturing industries, and provide employment for the increasing number of university graduates, it’s important that businesses look beyond the mechanical production of goods, and focus on progressing in other, vertically integrated areas.

One such drive is the augmentation of the country’s design capabilities. Over the last 15 years, Turkey has introduced more and more in-house design departments in its factories. This move offers brands and buyers added value; providing further design options, and potentially saving retailers both time and money.

When discussing a country’s future production plans, it’s impossible not to address their particular stance on environmental issues. Kurt Salmon’s Stephen Taylor believes Turkey is operating responsibly in this area and enforcing strict controls over what it produces: “It is one of the few countries to mandate all textile manufacturers to comply with internationally accepted environmental standards.” For example, Turkey is one of only five countries – the others being Germany, Holland, India, and France – to enforce a ban on carcinogenic azo dyes under eco-norms.

Turkey’s billion-dollar toy industry has also been quick to adopt internationally recognized safety and environmental specifications. Since 2005, all of the nation’s toy manufacturers must adhere to the CE marking standards of the European Union.

The progress in this important field stems from the Government’s changes to the Law of Environment, which has been modified over the last ten years to bring it in line with the European Union.

As more brands acknowledge the increasing importance of their record on corporate social responsibility (CSR), this emphasis is being passed down the chain to suppliers. As a result, more and more Turkish manufacturers are establishing CSR departments in their companies.

Hikmet Tanriverdi is the president of the Istanbul Apparel Exporters’ Association, and he believes that the progress Turkey is making with CSR issues will continue, “With co-operation between the sector, NGOs [non-governmental organizations] and other business partners, we believe that Turkish producers will be in the leading position on CSR.”

As previously mentioned, individual organizations and several measures have been taken by the government to push for environmental sustainability and corporate social responsibility. However, the ground realities of integration of these practices still leave a lot to be desired.

According to the Istanbul Textile and Apparel Exporters Association (ITKIB), most of the garment industry is ISO 9001 or ISO 9002 certified, signifying that most organizations meet satisfactory environmental and social responsibility standards. However, Turkey has a dense and diverse network of manufacturers, making it reactive and productive, but which also makes them difficult to adequately audit from a CSR and sustainability point of view.

As a result of that lack of efficient or adequate auditing, a number of environmentally harmful processes are still used by a number of companies, all the way from the cultivation of natural fibers (which entails the use of pesticides and harmful chemicals) to the production of synthetic fibers (which leads to harmful emissions).

According to a 2012 Study conducted by the Technology Development Foundation of Turkey, the biggest environmental issue that continues to plague the Turkish textile industry is water pollution caused by the discharge of effluents. Currently, the textile industry – responsible for 15% of the water consumption – is the second most water-intensive sector (the first being Basic Metals). The Ergene Basin, for example, is currently in the grips of pollution as a result of textile industry wastewater and discharge. Liquid wastes that originate from washing operations, dyeing, and neutralization processes damage the water quality downstream and threaten the aquatic life.

Furthermore, even though many companies in the garment industry submit themselves to social audits, most others continue to do little for CSR. Companies that lag behind are usually driven by a short-term management perspective. Some of the factors for neglecting CSR include: 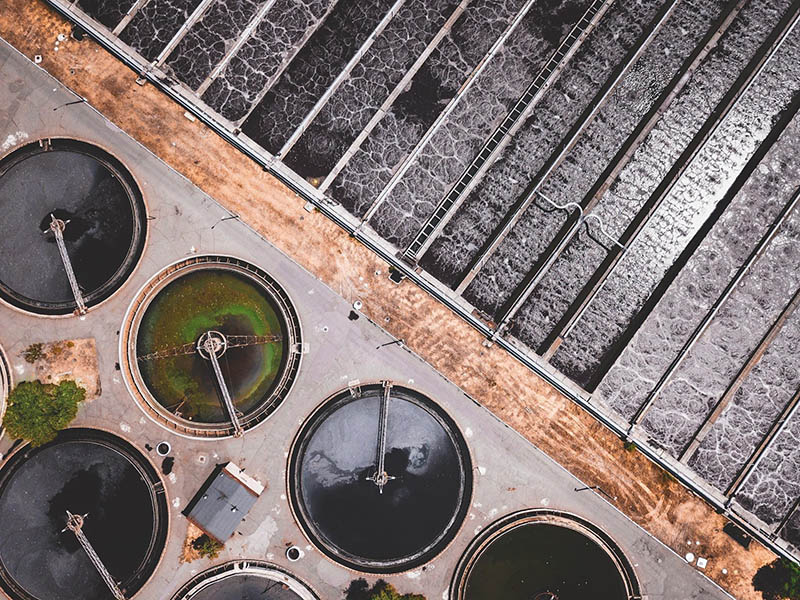 The aforementioned study also conducted a survey of textile companies and came to the conclusion that 64% of all respondents lacked a clear vision of policies towards sustainability. Furthermore, efficient technologies for the management of waste was not developed in over 75% of wet processing companies.

However, despite the negative statistics, the study also concluded that, as a result of legislative pressures and customer CSR demands, waste management in over 60% of the companies are at a desirable standard, suggestive of a positive forward momentum.

While Turkey’s geography provides easy access to various regions and its continually developing industrial sectors attract a healthy export market, it’s important not to look too far from home for future growth.

If Turkey’s expanding university system continues to equip the next generation for highly skilled jobs, the country’s rising middle class should fuel consumer spending, and provide the backbone for Turkey’s domestic growth.